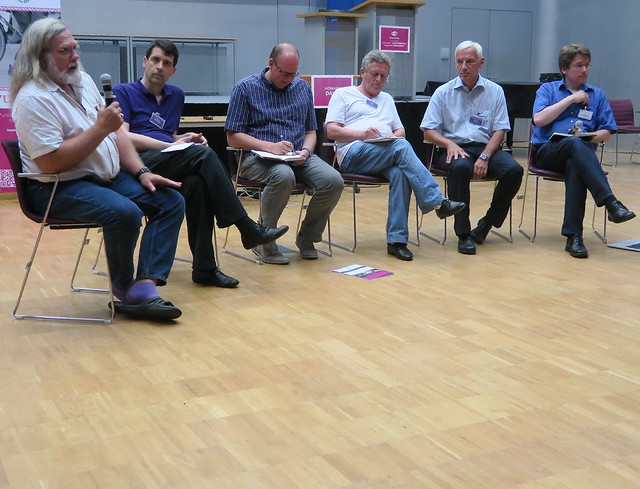 Found the book in the library, why is it so special? 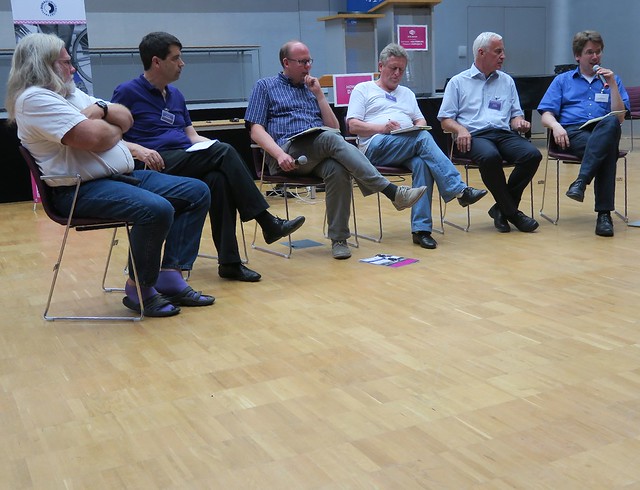 [Till Schummer, FernUniversität in Hagen] As computer science, ethics from pattern definition

[Christian Kohls, Cologne University of Applied Sciences] Responsibility to the design, or to push the design?

[Till Schummer] Can get a new start to communications

[Helmut Leitner] Responsibility is shared, in higher or lesser degree.

[Hajo Neis] Alexander was pushing the building to better, beyond limits, where clients didn’t want to go

[Christian Kohls] Was hearing about participation, everyone being a designer

[Hajo Neis] In architecture’s office, of 10 projects, only 2 get built

[Christian Kohls] Can you really say something is ethical or not?

[David West]:  Studied cultural anthropology, understand there are not absolutes 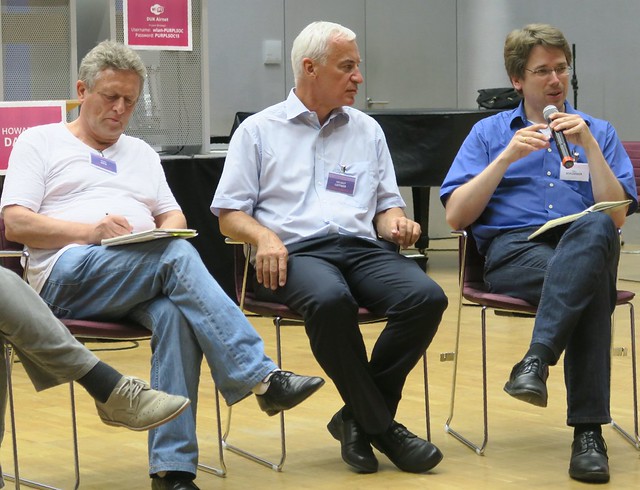 [Audience] As soon as split matter and mind, ethics is something you add on

[David West] Often wished that patterns had gotten a wider audience, outside of computer science

[Helmut Leitner] In worst case, people could take pattern language for profit, rather than quality without a name

[Audience] Early in Alexander:  value is not outside the world, apart

[Christian Kohls]  Is there a truth?

[Peter Baumgartner] A common objective, we are torn apart

[Audience] Things that are value-free, and the value comes from the culture?

[Audience] Hard to find one truth

[Dave West] The truth is not a fixed thing

[Audience] Money or help the world?

[Till Schummer] it’s all about fixing the separatness

[Audience] Role of System A to destroy the foundations on earth

[Helmut Leitner] Thoughts about truth as a concept

[Audience] Alexander asked, what are you good at?

[Audience] There are people who will take less than 5%

No system works by itself

[Dave West]  Questions shifted to human and social systems, which are complex, and easy to destroy

[Till Schummer] Utopia, not as a total world system, it’s a potential being in this life

[David West] Try to figure out how to rise from the ashes?

[Audience] Believe in intentional community, we are the children of a great community of 20 years

[Audience] How do you influence a complex system?  It’s a living thing, like a child.  You don’t direct it, you influence its environment

[Christian Kohls] How can Christopher Alexander help the world?  Wholeness?

[Hajo Neis] Best from Christopher Alexander:  go off by yourself, and find out for yourself