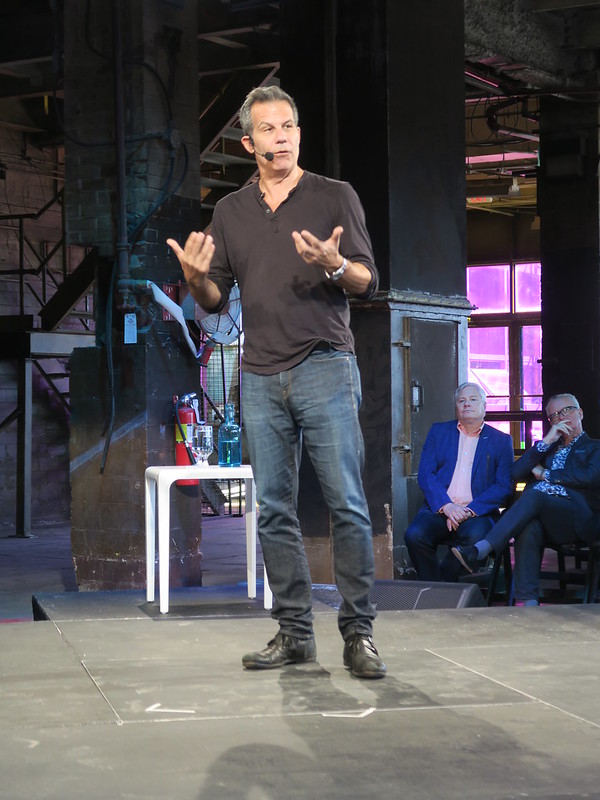 Today is World Architecture Day:  see the city as a giant design problem

Starchitecture:  now coming to something else, what is next after iconic buildings and starchitecture?

1980s:  Rutgers, Urban Geography course:  walk from Penn Station to the West Side, through meatpacking

Ask students where they want to live, led to Rise of the Creative Class

Creative class, then have starchitecture — a signature building that you had arrived

Even Toronto got carried away:  architecture of great buildings

Contradiction of the Highline Park

After living in Toronto for 2 years, in 2009 Rob Ford is elected

Need to shift to urbanism for all

Now seen a generation of students who get this

Are we going to something different?

Question:  Republished guidebook to Toronto architecture.  Annex and Chinatown haven’t changed much.  In those buildings, have fewer people with more money.  Streetscape has become exclusive.  Beyond the government, what can the design profession do to help?

Question:  Scarborough, plazas are incubators of immigrants.  Asked Jennifer Keesmat, what will happen to those people, said she hasn’t figured it out yet.

Scarborough discussion is about how to connect with transit.

Question:  How to approach improvement?  Downtown, but most of cities, nothing going on.

When starting Rise of the Creative Class, was criticized about being a romantic urbanist