At Ben Gurion University of the Negev, Ph.D. from U.C. Berkeley 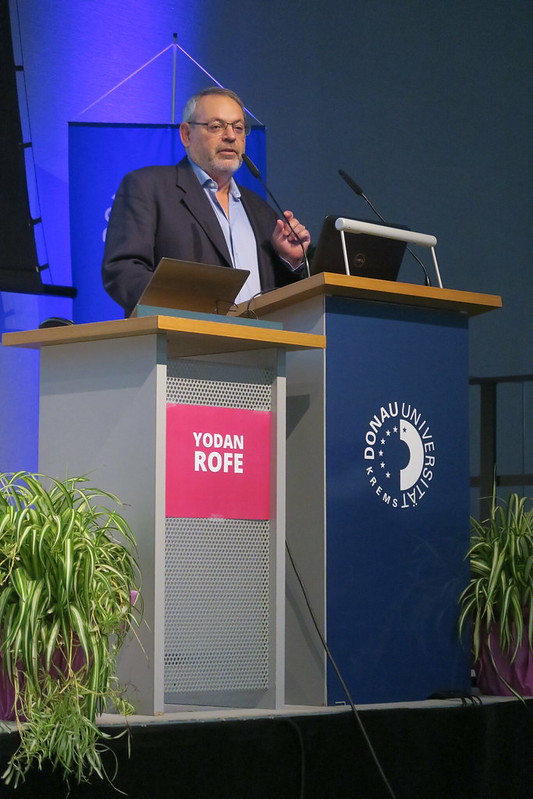 Underlying all of this, in working with groups of people, feeling is to a great degree shared

When started to do Ph.D., wanted to test this out about whether people feel the same about the environment

Developed by Russell and others:  the affective space (https://en.wikipedia.org/wiki/PAD_emotional_state_model)

In the mid-1990s, wanted to validate Alexander’s notions about feelings  [maybe see “Space and Community – The Spatial Foundations of Urban Neighborhoods: An Evaluation of Three Theories of Urban Form and Social Structure and Their Relevance to the Issue of Neighborhoods” | Yodan Rofe | 1995 | Berkeley Planning Journal at https://escholarship.org/uc/item/8691z2bp ?]

How to map feelings?

Golden Gate neighbourhood of north Oakland, on the edge of Berkeley

It’s quality of the places, not a fault of the person

For intersubjective, do Cronbach reliability test:  remove values and see how the number change

Then go, to look at space

Now a resurgence of interest, after 2 decades where no one was interest

What did you ask

Tough to map patterns.  Have you or students tried to correlate tree, or property levels?

My Tweets
Join 1,095 other subscribers