Good or bad design in light of sustainable development goals

“The Beauty of Life”, William Morris — lecture similar to Johnson

Then, art context, like Pompidou Centre, more how it looks, not so much function 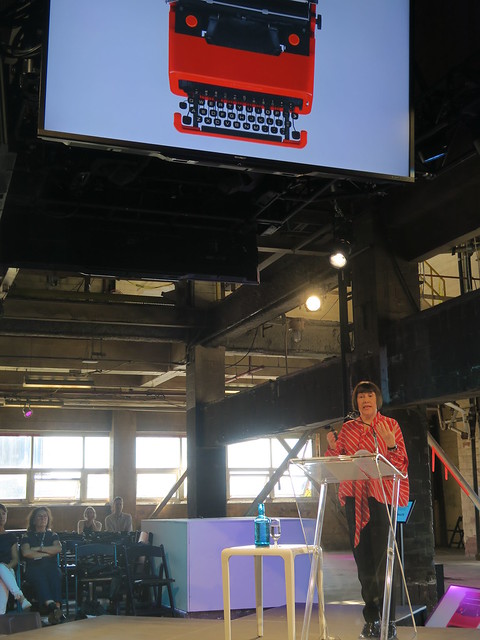 Valentina typewriter 1969 for Olivetti, but it didn’t work, stopped production to so many complaints

Not just unfit for purpose, but irrelevant

Design is an agent of change that can help us to make sense of what is happening, and to turn it to our advantage.

Women’s march on London:  Too much to fit on one sign

Design isn’t a panacea, but can help … if society allows it to do so

Useful needs to be combined with third, integrity

Roland Barthes:  any pleasure from car is blighted by it being a gas-guzzling economic bomb

Razor wire on fence at Calais, to prevent refugees from leaving France

Politics of personal identity, radical redefinition of identity and gender

Are we going to exercise choice?

Some important design projects that are good

All inspiring projects of good design in a contemporary sense

How can raise design philosophy?  Wanted to become a software designer, thought could change the world, build with information. Frustrated that there isn’t a language, but it isn’t practical.  Multidimensional.

Comment, some families will go home and have pizza, others will have hand china.  Culture, we’re far away from that.  Affluent get to choose. 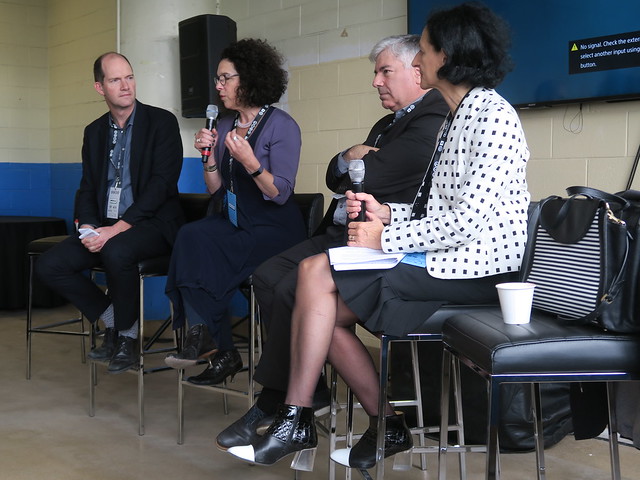 James:  Start with “what is design thinking”?

Luigi:  Term designing thinking has come out of business community for something they had previously had a limited need for

Sara:  Don’t want to generalize on organization’s ability to absorb

James:  Concrete examples of what design thinking looks like?

Roseanne:  Just think of it as design

Roseanne:  Taking a blank pieces of paper, building something new

Sara:  Intuition, other ways of knowing

Luigi:  Business people deal with words, can be impoverished way of dealing with the pace of change

Sara:  Traditionally, designers didn’t work with data in the same way, unless in infographics world

Roseanne:  Perception, has to do with diversity and inclusion

Question:  Responsibilities of designers to support things like the environment?

Roseanne:  Don’t inherently have the responsibility, but do have the capacity

Luigi:  Most designers have an affinity, environment and social change

Question:  Role of the educator in helping facilitate design thinking?

Sara:  Needs to be curricula that starts earlier than college and university

Roseanne:  Have been starting design towards K-12

Sara:  A lot of fluidity

Question:  As chef, know design, how to use design thinking in antoerh way

Sara:  Would be fun to run a workshop on that

Sara:  A huge history of design without empathy

Luigi:  Question may not be important

Sara:  Being good at user engagement, she can fake the empathy!

Roseanne:  Self-conscious, ego-driven, unique, making it about me

Luigi: Not a good book on design thinking, yet

Roseanne:  How to inspire, build intuition