Presentation with participants seated in a circle 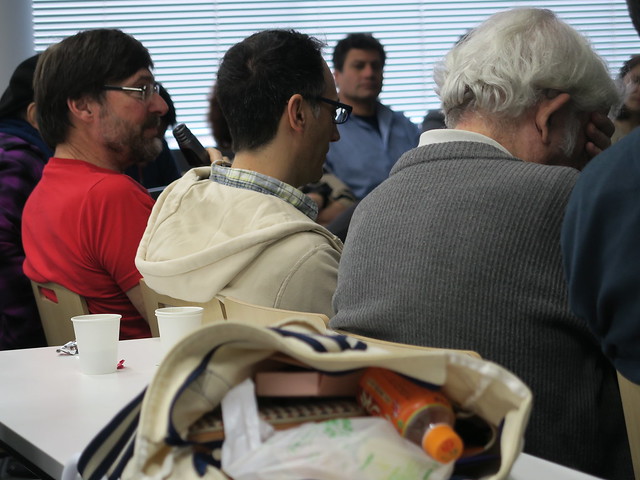 At 2009, was at a conference about Christopher Alexander, talked about Scrum movement

A little ashamed for coming here for just one hour

Today, explore what a PLoP is, starting from a mountaintop in Colorado at the beginning

Pattern community is over 20 years old, want to wind back 20 years for a vision

The goal is to have a vision

We get to travel here to beautiful Japan (or beautiful Allerton)

Back to Christopher Alexander:  what is a pattern?

Wholeness has to do with geology, with space

It’s about our identity

In industry and academia, we have been taught to predict these things

Are patterns objective?  What does objective mean?

Academia is formal, and distances itself

Came to Japan 15 years ago to work with Nakano

A chair is alive, in the sense that we are alive, there’s not much life in this chair or in this room

Start from the larger world

Alexander says that a pattern is something I can draw

If Alexander came in to this room, he wouldn’t look at the paper

Came together to look at Alexander’s vision

[Cope referred to tables projected as 2 slides in Powerpoint.  The content is reproduced below, with the talk added in bullet points.  Read left to right, then down]

“Language of Harmony” by Masanari Motohashi (2010):  probably the best pattern language ever written

There are a lot of deep ideas that Alexander understands

At ScrumPLoP have first day that doesn’t do patterns

As your professor, now give you a homework assignment to read Motohashi’s paper

In the old days in Japan, the meeting were more open

Problem starting with students, is people won’t have experience to judge

[David stopped taking notes, and joined the circle for 10 minutes of discussion]