Max Jacobson was associate of Center for Environmental Structure at Berkeley, 1971-1974

An Invitation to Architecture, 2014 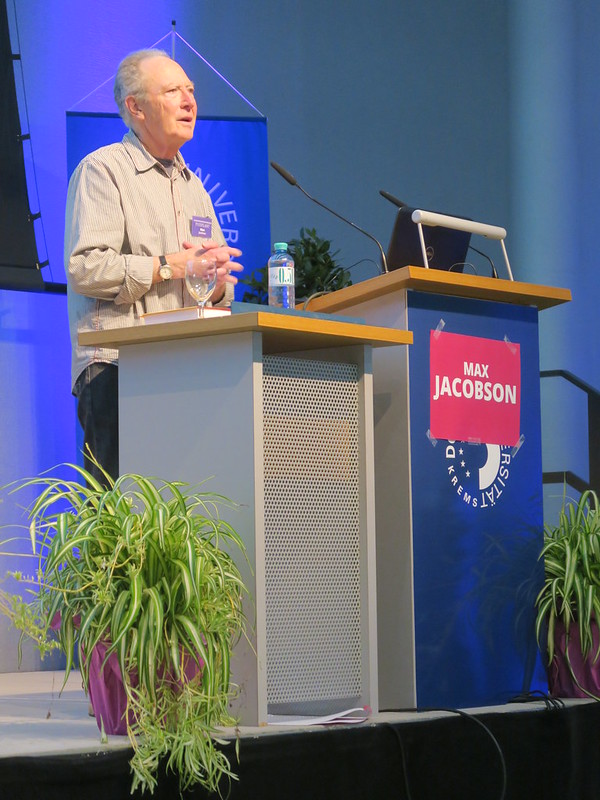 Will talk about beauty and order

Chris Alexander has always had important coworkers, who rarely get mentioned

The realization of his ideas often go with those who joined him to building the buildings, write the books

The Nature of Order and A Pattern Language are both concerned with beauty, but take diametrically opposed approaches

Part-time teacher, doesn’t get involved in administration of universities

1. The beautiful object is whole

4.  (not discussed often) We demand beauty is not evil, it be on the side of the good

Touched by beautiful story of building

In the 1960s and 1970s in Berkeley, weren’t concerned with the highest achievement of architects

Chris had published Notes on the Synthesis of Form, a Ph.D. thesis that turned into a book

Being at peace with yourself, and beauty:  emerged in The Nature of Order, but not in the A Pattern Language book

In spite of saying it’s not a design method, it’s pretty straightforward

The book doesn’t give any advice on the proper attitude:  you don’t have to be at peace with yourself

Book was designed for laymen to use, anybody

Book has been popular with layman, but not with profession

The book itself, in relationship to beauty

Mainly Ingrid, find photographic images that could be the lead off for the pattern, inspirational

Six foot balcony:  show the beautiful experience, if the balcony was big enough for a group, a tea

Structural of the book, from region to city to building to rooms

Is the material true?  Yes

Is this a force for good?  Thought yes

The majority of the Berkeley faculty thought it was dangerous

Chris was more comfortable with mass

Experimental house, build behind the centre

How did we do?

The pattern language improved the work of architects and lay people, no matter the level of skill

Seth Wachtel, almost got fired by the Sala House

An essay on the nature of building in the university

The life of an object is similar to qi, the life energy inside the object

Think the 15 properties are a contribution towards beauty

Cell structure:  all of the elements are there

The mirror of the self:  Fractal Oak Tree

In the book, he is undiscriminating in showing the work of his own building, others were also trying, and doesn’t criticize self

At some other occasiion, will talk about the limits of the Alexandrian approach

Alexander overlooks the sublime of beauty

Caspar David Friedrich, 1818, “The Wander” — standing on the brink of an outlook, precarious, sees the nature of the beauty bigger and scarier than himself

Starchitect:  Rem Koolhaus, Dutch Embassy in Berlin, have to walk across the glass floor, scary

Palladio, Villas:  interrelationships of numbers, nothing to do with beauty

Jefferson UVA library:  the rows of professors on two arms, students go into the professor, everyone at the commons —  a beautiful idea

Schindler House — Privacy for Two Couples — art studios, room for someone to stay

15 properties and organic beauty.  House has levels of scale.  Good contrast.  It might not have much more.  Chris’ example include Japanese gardens (geometricity), Arabic gardens (abstract).  Don’t think just organic, not in the sense they usually mean organic.  Do bring together human artifacts and natural forms.  Chris’ problem is early work was it was too lose, not formal in the way organic forms are.

Which patterns in book?  Patterns that aren’t in the book?  Procedure, how long did it take?